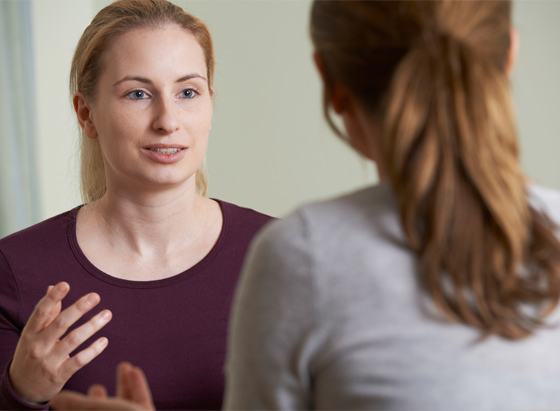 Cannabis’ popularity has soared in recent decades and is regularly featured in pop culture. However, cannabis addiction and dependence are not uncommon and those struggling with the symptoms of cannabis addiction deserve the same level of treatment as any other substance. If you or someone you love are worried about cannabis use and struggling to quit, please reach out to one of our addiction specialists today!

This Page was last reviewed and changed on November 1st, 2022

Cannabis (also known as marijuana) is the most commonly used drug in the UK. While some people believe that it is harmless, cannabis addiction is a real and serious problem for many people which causes great damage to their lives. Not everyone who smokes cannabis develops an addiction but the sheer amount of people who do means that a great many will suffer from its effects. Cannabis addiction can be incredibly difficult to overcome alone because it is widely available, but there is effective help and support available.

What is cannabis and why do people use it?

Cannabis is a plant that contains the chemical THC (delta-nine-tetrahydrocannabinol). THC is a psychoactive substance which produces mind-altering effects. When cannabis is smoked, THC enters the bloodstream and goes to the brain where it binds to cannabinoid receptors. This causes the famous ‘high’ that people feel when they use cannabis.

Cannabis can be used in different ways:

People use cannabis for different reasons. Some people believe that it helps them to relax or to cope with anxiety. Others use it to feel more sociable or to experience mild hallucinations. It can also be used for various health reasons such as pain relief and conditions like glaucoma.

How does cannabis addiction develop?

Cannabis is widely available and its use is relatively socially acceptable which means that people can easily develop a cannabis addiction without realising it. Cannabis addiction often starts in adolescence or young adulthood when people are most likely to experiment with drugs. However, anyone can develop an addiction to cannabis regardless of age or social background.

Everyone has their own underlying reasons for using cannabis. For some people, it may be to cope with anxiety or stress. Others may use it to self-medicate for undiagnosed mental health problems such as depression or bipolar disorder. Many people use it because they enjoy the effects. Whatever the reasons for using cannabis, if it is used frequently and in increasing amounts, tolerance will develop which can then lead to dependence and drug addiction.

What are the negative effects of cannabis abuse and addiction?

Cannabis abuse and addiction can have a number of negative effects on your physical and mental health and on every aspect of your life.

Am I addicted to marijuana?

Before you can get help for marijuana addiction, you need to recognise that you need support. This is not always as easy as it sounds because addiction can be very cunning and is a master of hiding in plain sight. If you are concerned about your cannabis abuse or someone close to you has voiced concerns, here are some questions to ask yourself:

If you answered yes to any of these questions, you may have a marijuana addiction. Get in touch with Sanctuary Lodge today and we can help you take the first steps on your road to recovery.

Cannabis in the UK

The UK’s relationship with cannabis is a complex one. Over the last twenty years, the legal status of cannabis has changed many times. It is currently a Class B drug but this was not always the case. In 2004, cannabis was downgraded to a Class C drug before being upgraded again in 2009. This yo-yoing of the legal status of cannabis has made it difficult for people to understand exactly where they stand when it comes to smoking weed.

Whatever the status, cannabis addiction is a genuine issue. As cannabis is the UK’s most commonly used illegal drug, cannabis addiction affects a large number of people. It is estimated that almost 30% of adults in the UK have used cannabis in their life with hundreds of thousands currently regular users.

Medical cannabis is now legal in the UK but only for certain conditions. These include:

The debate about the legalisation of cannabis in the UK looks certain to continue long into the future. Whatever happens, it is important to remember that the drug affects people in different ways so always approach it with caution.

What about all the famous champions of cannabis?

Joe Rogan and Morgan Freeman are both prominent cannabis users who have spoken about the benefits of the drug, while ex-President of the USA, Barack Obama has admitted to using cannabis in his younger years. Joe Rogan has said that cannabis helps him to be more productive and creative, Morgan Freeman that cannabis helps with his glaucoma and should be 100% legalised while Barack Obama has said on multiple occasions that he smoked cannabis in his youth and that it helped him relax. While all of these claims have some scientific backing, it is important to note that the benefits of cannabis vary from person to person.

Joe Rogan’s increased productivity and creativity may be the way that he personally reacts to THC. It is notable that Rogan smokes cannabis every day (even on his show with high-profile guests like Elon Musk) and so there is a chance that he is in fact a high-functioning weed addict. “-High-functioning” is a term given to people with an addiction who are still (at least on the face of it) able to perform at work, school and in other areas of their lives.

Morgan Freeman’s relief from glaucoma is because cannabis decreases pressure in the eye. It is one of the few medical uses that have been relatively well tested but it is notable that glaucoma sufferers cannabis is prescribed by a doctor and their use is closely monitored.

Cannabis helping Barack Obama to deal with stress as a young Harvard student may be due to the fact that cannabis lowers levels of cortisol, the stress hormone. While Obama has not used cannabis for decades, these days he believes it should be treated in the same way as alcohol and nicotine, that is, as potentially harmful substances which require some level of regulation.

However, it is important to remember that not everyone experiences these benefits in the same way. Some people may find that cannabis increases their anxiety or makes them feel paranoid. Others may find that it does not provide any relief from their medical conditions.

While cannabis addiction does not affect everyone, it can affect anyone!

It is very important to understand this, especially as these days there are more and more prominent celebrities and public figures advocating for cannabis use.

How to overcome cannabis addiction

If you are struggling with cannabis addiction, know that you are not alone and help is available. Here at Sanctuary Lodge, we have helped many people overcome their cannabis addiction and go on to lead happy, fulfilling lives.

How can I help a loved one addicted to marijuana?

If you have a loved one who is struggling with cannabis addiction, you may feel helpless and unsure of how to help. However, there are some things you can do to support them on their journey to recovery. One of the most important things you can do is to avoid enabling behaviours. This means refraining from giving them money, covering up for them or paying for things they cannot afford due to their cannabis use. While it may be difficult to see your loved one suffer, it is important to remember that enablement only leads to further addiction.

Another way you can support your loved one is by counteracting some of the false claims that they may make about cannabis use. For example, many people claim that they use cannabis for anxiety or pain relief, but you can show them studies which have found that long-term cannabis use actually leads to increased anxiety and other mental health issues. By providing accurate information, you can help your loved one make informed decisions about their recovery.

If you are worried that your son or daughter may be abusing cannabis, the best thing to do is talk to them about it. It is never too early to intervene and the sooner you address the issues, the sooner they can get help if they need it.

Is CBD as addictive as marijuana?
CBD is a compound found in cannabis that does not have any psychoactive effects. This means that it does not produce the ‘high’ associated with marijuana use. CBD is sometimes used as a treatment for anxiety and there is some evidence to suggest that it may be helpful for this purpose. CBD is not considered an addictive substance and there are few real negative side effects associated with its use.

UKAT Group centres will continue to follow health and safety precautions to reduce the risk of COVID-19 entering our clinics.
We use cookies to ensure that we give you the best experience on our website. If you continue to use this site we will assume that you are happy with it. OK Read More